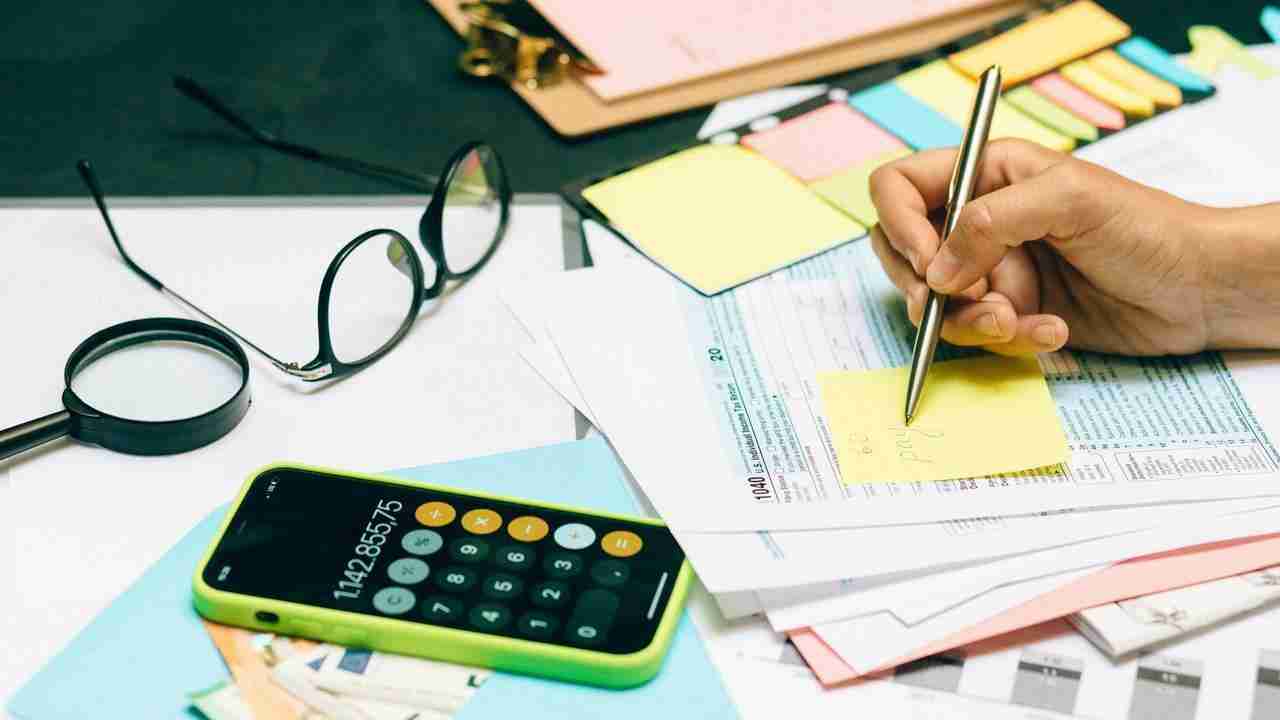 On 30th January, Economic Survey 2020-21 was tabled by India’s Hon’ble Finance Minister (FM), Nirmala Sitharaman. Dedicated to the immortal human spirit of grit and compassion of India’s frontline COVID-19 warriors, the Survey detailed the state of the slowly recovering economy ahead of the Union Budget 2021, which was announced on 01st February 2021.

The Economic Survey stressed on the support provided by the Government of India as well as India’s apex bank – Reserve Bank of India (RBI) to bring about V-shaped recovery across economic indicators. As anticipated, the Survey highlighted the steep contraction in the country’s Gross Domestic Product (GDP) in Q1 due to the nation-wide lockdown and gradual recovery in following quarters.

This Budget’s central theme was developing an ‘AtmaNirbhar Bharat’ i.e. self-reliant India that is equally, a business epicenter of the world. The policies announced focused on realizing this vision of the Government.

While the Finance Minister did not propose any significant changes in the direct and indirect tax laws, emphasis was laid on the need to have a tax system that is transparent, efficient and promotes investment and employment in the country. The tax reforms, particularly around filings, resulted in a dramatic increase in return filers, from 33.1 million in 2014 to 64.8 million in 2020.

Overall, the Budget has received positive reactions and has re-instilled hope in the public of continued economic growth.

The Government has finally given much awaited clarification on Equalization Levy (EL).

The policy announcements in this budget aimed to support and reset the country’s economy. Overall, the budget has received positive reactions from the public. Recording sharpest-ever budget rally, the Sensex surged over 2,000 points showing the positive reaction of the market to this year’s budget.

We expected the Finance Minister to bring more clarity on applicability of Equalization Levy, particularly on educational courses that are online as a stop-gap due to COVID-19 related travel issues. It was also expected that the Government would propose a new cohesive framework for non-profit sector so that the knowledge, experience and expertise of the sector can be leveraged to support proposals to bring about economic recovery. We expect the Government to take up these topics in coming months. It was a relief to learn that the much talked about ‘COVID cess’ was not a part of the Budget.

With COVID-19 vaccine in the market and a strong plan to boost the economy, India is set for a great start to the upcoming fiscal year.

The proposals announced in the Union Budget shall be enacted once the same are passed by both the Houses of Parliament followed by the approval of the President of India.

“No negative, being taken as a big positive, that is Budget 2021. Government’s acknowledgment of the sector wide hardships and resultant challenges is evident. With no new taxes/cess on Corporates, industry is relieved that no additional burden by way of new levies has been imposed during this pandemic induced economic crisis. The government’s focus centres around growth, demand creation through aggressive investments, monetization, FDI mediation to promote growth rather than maintaining fiscal discipline. The liberation of fiscal deficit is the hope that India currently needed. Further, for strengthening businesses and to be a competitive differentiator, the shift towards digitalization and transformation under innovation and R&D (one of the pillars of Budget focus) is reassuring. Overall, the budget has adopted ‘whole of India’ approach to boost nation-wide progress not only for next financial year but for years to come.” – Kapil Dua, Co-Founder &  Managing Director APAC, Sannam S4

“While we all laud the “Get Well Soon’ theme of the budget we miss the inclusion of one of the important player in the public health domain, the Non-Governmental Organizations, also known as the third sector. As per the data available with The Central Statistical Institute of India published in 2009, India has 3.3 Million registered NGOs. This sector, apart from doing the last mile service delivery and presenting scalable models of the behavioral change, generates significant amount of employment for the nation every year. The category of the employment is both, permanent and seasonal in nature. The budget largely missed the ease of doing business for NGOs in its framework. It was expected that ease of doing business and regulations are separate domains and needed handling separately. We feel India needs a similar regulatory framework for Non-Governmental Organizations that USA adopts and is referred to as 501(c)(3) in the 26th code of the USC, wherein an Organization is free to operate as a Not for profit Organization and at the same time allowed to generate business income after paying the applicable taxes. The cited provisions largely address the sustainability and reduces dependency on external/foreign resources.”  – Ritesh Koshik, Director of Finance and Operations, John Snow India (subsidiary of John Snow, Inc.)

“The announcements made regarding Higher Education in the 2021 Union Budget are a continuation of the policy updates made in the new National Education Policy released in 2020. We have seen a number of budget revisions for key government schemes that will expand the internationalization agenda for India HE, including the increased budget for world-class institutions (Institutions of Eminence), the set-up of the ‘Champion Services Sector Scheme’ to support the internationalization of Indian institutions and the increased allotment of funds for the Academic Bank of Credits. The Finance Minister also clarified that legislation to set up the new Higher Education Commission of India will be introduced this year. Finally, we see a welcome nod towards TNE with the mention of setting up a regulatory mechanism to permit dual degrees, joint degrees, twinning arrangements, and other such mechanisms to promote enhanced academic collaboration with foreign higher educational institutions.” – Lakshmi Iyer, Executive Director and Head of Education, Sannam S4

“A very significant budget, given the challenging year we have had. The Minister lived up to her claim that this budget would be one like never before. The thought behind it can be summed up by the Minister’s statement that the The Fiscal Responsibility and Budget Management Act, 2003 (FRBM Act) will undergo necessary amendments. That is a clear signal of intent that this is a budget focused on growth, infra development, job creation and the atmanirbharta mantra. The thrust on highways, railways and dedicated freight corridors will boost employment opportunities, and strengthen supply chains besides knock on effects through linkages. The announcement of a fresh infusion of capital to the tune of INR 20,000 crores in Public Sector Banks is also notable. While the farm cess on petrol and diesel have been introduced, they are balanced by a reduction on excise rates so as to not put any additional burden on the consumer. Capping of the limit on reopening tax assessments at 3 years instead of 6 is a welcome step. The prefilling of ITR forms to include details of capital gains, dividend income and interest income is a positive step towards further easing the process of filing returns for individual taxpayers.” – Akhauri P Sinha, Managing Director, Framestore India

“India is at the centre of the global race to sustainable competitiveness.  Overall, the budget for 2021-22 is pro-growth. In terms of a sustainable energy transition, The issue of power distribution reforms and bringing competition in the power distribution sector was brought up in the budget for fiscal allocations, and future legislations by the government on reform implementation are awaited. Both of the above announcements are positive for the cleantech sector. In line with the government’s ‘self reliant India’ strategy, import duties duties on several finished products have been increased in this budget. Higher import duties on solar panels were proposed in the last budget but have not yet been instituted. This budget indicated that a roadmap for duties on solar cells and panels is on the cards. However, the budget increased duty on solar inverters from 5% to 20% with effect from 2 Feb 2021. No duty changes have been enacted on import of electric vehicles, where the duty is already very high. Our paper published last week on India’s corporate renewable PPA market shows a positive outlook for clean energy procurement in India – https://www.wbcsd.org/Programs/Climate-and-Energy/Energy/REscale/News/Positive-outlook-for-corporate-renewable-PPAs-in-India” – Joe Phelan, Director, WBCSD India

“Budget 2021 marks major shifts in the government’s approach towards public finance. The focus of the budget is on boosting growth. Towards this end, there is a push for increasing capital expenditure – a reversal of the recent years’ trend towards increasing revenue expenditure. While there was a marginal increase in capital expenditure in 2020-21, the increase budgeted for 2021-22 is quite larger. Government has also used the crisis to bring off-budget expenditure to the budget, thus restoring integrity and transparency to the budget. Further, the Finance Minister announced several reforms in the speech. On the negative side, there is a continuation of the trend to centralise fiscal resources, as the actual share of states in Centre’s tax collection is expected to fall further in 2021-22. Overall, the budget has many positives and only a few negatives.” – Suyash Rai, Fellow, Carnegie India

“Today’s budget announcement contained several bold initiatives that set the tone for an accelerated post-pandemic economic recovery and new opportunities for India’s social development. While USIBC is still studying the details, we believe many of these measures will enhance confidence in India as a long-term destination for foreign investment and boost capital inflows. Substantial commitments to increase public spending on healthcare, infrastructure and defence should promote inclusive growth and job creation and enhance national security, helping to sustain India’s impressive economic resurgence. Plans to set up a new infrastructure development bank and sell brownfield infrastructure assets should create opportunities for US asset managers and pension funds to enhance sectors like logistics, transportation, energy and water, supporting India’s drive to become more productive, connected and sustainable. Raising the cap on FDI in the insurance sector lays the ground work for American insurance companies to enhance financial inclusion in India and provide Indians with more tools to protect themselves against risks to their lives and livelihoods. USIBC is also eager to learn more about many of these proposed reforms to fully understand their impact. For foreign investment to flow into the insurance sector, the management and control safeguards need to strike the right balance. The plan to set up a bad bank for distressed assets could have a major impact on credit growth, the lifeblood of the economy. We’re also closely examining the tax and customs proposals to determine how they will affect India’s ability to integrate into global value chains—a critical requirement to enhance competitiveness and ensure its long-term prosperity. Finally, it’s worth highlighting that there is also prudence backing this budget: Combined with a commitment to spend this year, Finance Minister Sitharaman identified a five-year plan to reduce the fiscal deficit to pre-pandemic levels. USIBC stands ready to work with the Government of India in the next few weeks to maximize the positive economic and social impact of today’s announcements in the year ahead.” – US-India Business Council

“This was not a budget that offered up lots from an international investor perspective.  However, important for any global investor at this point is seeing a government focused on getting their economy back on its feet given that it appears to have weathered the worst of the Covid-19 storm.  That has to be a good thing.  Three areas that caught the eye were:

“Liberalization of India’s insurance sector and significant public spending commitments in the areas of infrastructure, healthcare and defence will create much needed jobs and significant opportunities for foreign investors to participate in what we all hope is a V shaped recovery off the back of the pandemic.  The social sector, which has also been following the recent amendment to the CSR law last week, is well positioned to support India’s recovery and pursuit of sustainable growth, particularly in the areas of education and focus on better health outcomes for India’s 1.3 billion citizens.”  – Michael Green, Director – Government Relations and Strategic Development, Sannam S4